Robert Noland spent ten years as a touring musician, singer, producer, and songwriter in Christian music. His most notable credit was penning the lyrics for Glen Campbell’s last Christian radio single entitled The Best is Yet to Come from The Boy in Me album.

For the next twenty years, he managed a ministry where he wrote Christian resources. In 1996, he authored the LifeChange follow-up booklet that went on to sell 1.2 million copies. After planting and pastoring a church for nine of those years, Robert started a men’s ministry in 2009, releasing his first book and developing a teaching conference.

In 2011, he launched out in his own ministry—517 Resources, Inc.—and relocated to Franklin, TN. In 2014, Robert partnered with The WTA Group in Franklin for exclusive literary representation and became a full-time author, writer, editor, and project manager for Christian publishers producing titles spanning children, youth, and adult audiences. Robert and his wife of 35 years have two adult sons, both musicians. 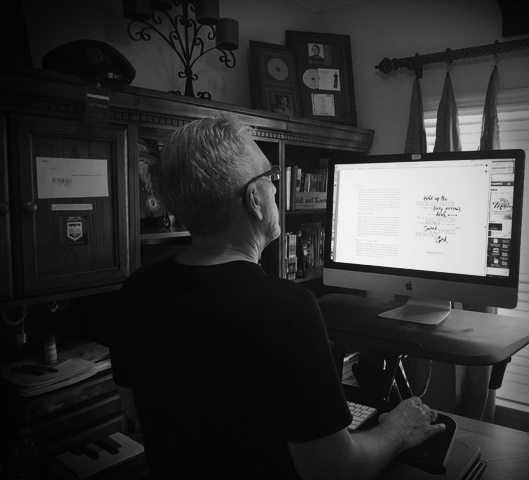 What others are saying about Robert's writing

“Robert Noland is a talented writer, editor, and collaborator. Not only will you work with someone who knows how to weave a compelling story, you will also be working with an editor who knows how to hit a deadline. I am happy to recommend Robert Noland to any professional looking to take their manuscript to the next level.”

“There's one word that describes working with Robert: effortless. Every time I think about Robert, I have nothing but happy and grateful thoughts. I've had the privilege to work with him on three devotional projects for the movies Do You Believe?, Woodlawn, and God’s Not Dead 2. My desire for all the projects I manage is that the heart of the message shines for maximum impact. Robert captures that heart with excellence and sincerity. His writing inspires, challenges, entertains, and motivates. He is on-time, hard working, and communicates wonderfully every step of the way. I have no reservations in my highest recommendation of Robert and his writing. You (and all who read what he writes or edits) will be blessed.”

“To the man whose name appears on the cover of my book with me—Robert Noland. God collided our stories twenty years ago, and we became friends. We are just now discovering what God is up to with us. Your life embodies the words of this book. I couldn’t have finished this project on time without you.”

"Robert Noland, our buddy and thought organizer. You have ninja skills—some call those talents—you use as tools, not toys. Thanks for your faithfulness to this project and for your incredibly high professional and personal standards. Your ministry to men and your help with this book has greatly impacted us."

"Robert Noland, what a gift you are to me! I knew I needed help telling this story and the way you were able to capture my heart and my spirit after our first couple of meetings is nothing short of a miracle. Thank you for helping me find my voice in this book."

Don Moenauthor of God Will Make a Way

"Working with Robert Noland was an unanticipated dream come true. When it came time to collaborate with someone on the novelization for the film “An Interview with God,” I was really at a loss. I had hoped to find someone who would appreciate the complex narrative and dense theology the film presents. But I also needed a novelist to translate a movie that was very ‘filmic' into something that would both work in print, and also cater to a very different audience. Not only did I find this with Robert but his novelization improves and clarifies the film in many significant ways. I can’t imagine a better collaboration."

Ken Aguadoscreenwriter of An Interview With God

Reach Out to Robert

To discuss a potential writing project or ask questions, send a request using the link below.
Submit Request